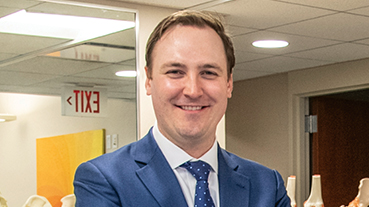 In recent years it has been shown that younger athletic adults are also prone to hip problems that were once considered merely groin or muscle injuries. At the Center for Athletic Hip Injuries and Hip Preservation at NewYork-Presbyterian/Columbia, doctors are focused on providing joint-preserving treatment for young, active adults.
Learn More

Orthopedics: A Focus on Faculty 2019 Issue 1

A Focus on Faculty: Highlighting a Range of Expertise in Orthopedics
Learn More