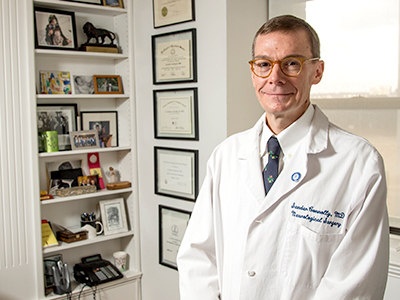 The Society of Neurological Surgeons (SNS) has awarded Donald O. Quest, MD, J. Lawrence Pool Professor of Neurological Surgery at Columbia University, the 2020 Distinguished Service Award for a lifetime of service to graduate and postgraduate education and research.
Learn More