Juan R. Cubillos-Ruiz, PhD, Assistant Professor of Microbiology and Immunology in the Department of Obstetrics and Gynecology and the Sandra and Edward Meyer Cancer Center at Weill Cornell Medicine, was one of six researchers in 2017 to receive the Pershing Square Sohn Prize for Young Investigators in Cancer Research, which is given annually by the Pershing Square Sohn Cancer Research Alliance to promising early career, New York City scientists. The award provides $200,000 in funding per year for up to three years to support explorative, high-risk/high-reward cancer research.

For the past 11 years, Dr. Cubillos-Ruiz has pursued research in the field of immune-oncology and has uncovered novel approaches to redirect the immune response against cancer. His laboratory combines molecular genetics, immunology, and nanotechnology to identify, understand, and disable the mechanisms that tumors use to suppress the protective function of immune cells. The overarching goal of his team is to devise more effective immunotherapies for lethal malignancies such as ovarian, bladder, and pancreatic cancer. Dr. Cubillos-Ruiz’s project funded by the Pershing Square Sohn Prize aims to generate and test a new class of therapeutic vaccines that could rearm the immune system to eliminate ovarian carcinoma.

In recent years, placentophagy, the ingestion of the placenta, has gained increasing interest among postpartum women, especially in the United States. However the evidence for positive effects of human placentophagy is anecdotal and limited to self-reported surveys. In a review published in the American Journal of Obstetrics and Gynecology, Frank A. Chervenak, MD, Chairman, and Amos Grunebaum, MD, Director, Patient Safety, Department of Obstetrics and Gynecology at NewYork-Presbyterian/Weill Cornell Medical Center, and their co-authors reported that they found no scientific evidence of any clinical benefit of placentophagy among humans. Additionally, no placental nutrients and hormones are retained in sufficient amounts after placenta encapsulation to be potentially helpful to the mother postpartum. In fact, the practice may do harm. Last year, the Centers for Disease Control and Prevention issued a warning when a newborn infant developed recurrent neonatal group B Streptococcus sepsis after the mother ingested contaminated placenta capsules containing Streptococcus agalactiae. The authors recommend that if a woman expresses an interest in placentophagy, physicians should inform her about the reported risks and the absence of clinical benefits and discourage the practice.

From his youth, Dr. Uchenna Acholonu, Jr., a minimally invasive gynecologic surgeon has felt drawn to the profession, partly influenced by his uncle, a gynecologist who continues to serve as a role model.
Learn More 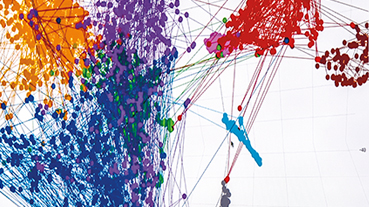 Dr. Zev Williams, a nationally recognized clinician and researcher in recurrent pregnancy loss and infertility, has a rich educational background and experience in the field of reproductive endocrinology and infertility.
Learn More