Katina Ansen knew little about essential tremor when the disorder began to “rear its ugly head” several years ago. “My father and grandfather had both developed tremors in their later years, but mine started in a very slow manner,” says Ms. Ansen, an accomplished artist. “The tremor would wax and wane and initially it was frustrating and embarrassing. I finally sought help in 2014 because it was progressing and beginning to be a problem in my life and work.”

Ms. Ansen was prescribed a beta blocker for a time, but the symptoms only worsened. “Next we tried primidone. I was on the maximum dose and feeling very lethargic and just getting grumpier and withdrawing a bit. I went back on the beta blocker with the primidone, but it was like a double whammy. I was being plagued by the tremor.” 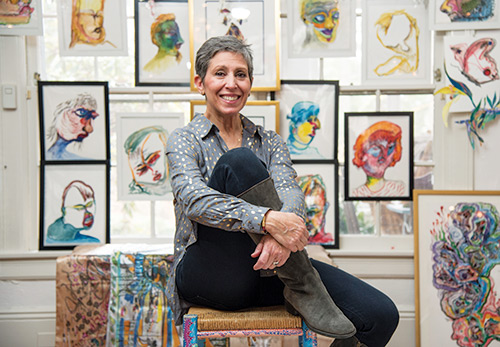 Ms. Ansen was beginning to lose hope that anything would help when her husband heard about Michael G. Kaplitt, MD, PhD, a neurosurgeon and Director of Movement Disorders at the Weill Cornell Brain and Spine Center, and the work he was doing in MR-guided high-intensity focused ultrasound (HIFU). Dr. Kaplitt was the first in New York to perform HIFU, a noninvasive technology approved for use in essential tremor by the FDA in July 2016, and he continues to test this approach in a clinical trial. Focused ultrasound has the potential to transform treatment by gaining access deep within the brain without harming healthy tissue. This enables surgeons to ablate targeted tissue without exposing the brain to the effects of ionizing radiation.

“Historically, we would make a hole in the skull and put a probe in and ablate the VIM nucleus of the thalamus that is central to regulating the control of stability,” says Dr. Kaplitt. “That approach was then supplanted over the years by deep brain stimulation, which we’ve been doing for nearly 18 years at Weill Cornell. Brain stimulation gave us a little bit more flexibility intraoperatively. With focused ultrasound, however, we can actually lesion the abnormally functioning area of the brain completely noninvasively with MR thermometry, which allows us to measure the temperature inside the tissue to confirm its accuracy. We are also able to get real-time responses from the patient, so as we send more and more energy to the target, we can see the patient’s tremor becoming better.”

Prior to her procedure, Dr. Kaplitt asked Ms. Ansen to hold a glass of water to test the severity of her tremor. “There wasn’t a drop left – the water just went flying,” she recalls. “I was so excited that the day had finally arrived and I was going to get rid of this. And it was a relief knowing that I was doing something that in the future might help my children if they developed this disease. I had a lot of thoughts, but none were about the fear of having the procedure done.”

“Tremor is difficult for anyone, but for someone who works with their hands, it can be devastating,” says Dr. Kaplitt. “In Katina’s case, we were not only able to get her tremor under complete control on the table, but in the more abstract sense, we were getting her back to who she was as a person and to the life she wants. The wonder that Katina showed looking at her hand immediately after the procedure, and her amazement that her hand was now her hand again, was incredibly gratifying.”

“After each ablation, Dr. Kaplitt asked me to write on a tablet and it was remarkable to see my hand come under control during the whole process,” says Ms. Ansen, whose art has flourished again since her treatment. “I’m going full throttle. I’ve been in a show and have had many commissions. I can paint. I can draw. I can sign my name. I’m particularly indebted to Dr. Kaplitt. He’s my superhero. I’m so happy because I’m me again.”

One of the first things Ms. Ansen did after her procedure was to create and give Dr. Kaplitt several pieces of her amazingly beautiful and intricate art. “To have these physical mementos of how well she did shows the kind of impact you can have on someone’s life,” says Dr. Kaplitt. 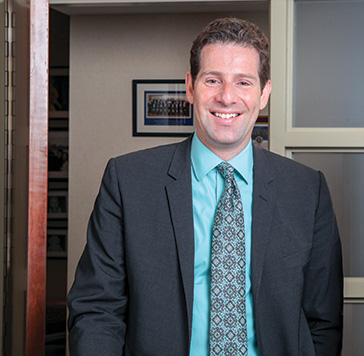 Dr. Kaplitt and his Weill Cornell colleagues are currently seeking to expand applications for focused ultrasound. “There is a lot of interest in trying this for Parkinson’s and epilepsy,” he says. “There are going to be limitations to the technique for some patients because of certain physical characteristics of their skull that make it difficult to perform the procedure. Some patients may need it done on both sides of the brain, including the majority of Parkinson’s patients, and we don’t yet know if this is safe. It’s only approved for one side now.”

Weill Cornell is about to begin a clinical study of HIFU for patients with Parkinson’s whose symptoms are predominantly on one side of the body. “Deep brain stimulation therapy will still be a very valuable adjunct to Parkinson’s patients who have symptoms on both sides,” says Dr. Kaplitt.

Weill Cornell researchers are also using ultrasound experimentally in the laboratory to temporarily open the blood-brain barrier to deliver viral gene therapy agents into the brain. “I think over time as we understand more about ultrasound that this is where our field is going,” adds Dr. Kaplitt. “The idea that we can move toward less-invasive surgical procedures for patients and they can get the same result without having their brain penetrated is obviously very attractive to them.”