Call for an appointment Find a Sickle Cell Disease Specialist

Steady progress is being made in the treatment of sickle cell disease, thanks to the development of innovative therapies. What was once a life-limiting illness has now become one that a person can live with for decades — if they receive prompt, effective care early and regularly throughout their lives. With many years of experience, NewYork-Presbyterian has the leadership and expertise to provide state-of-the-art care for children and teens with sickle cell disease.

At NewYork-Presbyterian Morgan Stanley Children's Hospital and NewYork-Presbyterian Komansky Children's Hospital, we begin treating sickle cell disease as early as possible in a child's life, with the goal of preventing pain and other complications and keeping children from having to be admitted to the hospital. We offer medical treatments, supportive care to relieve symptoms, stem cell transplantation (bone marrow transplant) — the only cure for sickle cell disease — and promising treatments, including gene therapy, being assessed in clinical trials.

What to Know About Sickle Cell Disease

Our pediatric programs provide comprehensive care to ensure that children with sickle cell disease have regularly scheduled clinical, laboratory, imaging, and psychosocial evaluations under national guidelines. We follow the STOP criteria (Stroke Prevention Trial in Sickle Cell Disease), which our doctors helped design, to screen patients periodically with transcranial Doppler ultrasound (a scan of the head using sound waves) to assess the risk of stroke and allow us to tailor medical therapies to reduce stroke risk.

We provide outpatient care to control and treat sickle cell complications. Management of pain is available 24/7 — weekdays in our day hospitals and around the clock through our emergency departments using a systematic "Pain Pathway" — so children experiencing discomfort can be treated quickly. Chronic transfusion therapy is available on an outpatient basis for patients who have had a stroke.

What is sickle cell disease?

Sickle cell disease is caused by a defective gene. A person has to inherit two sickle cell genes, one from each parent, to develop the disease. People with one gene have "sickle cell trait" and are generally in good health, but are capable of passing on the gene to their children.

The diagnosis of sickle cell disease is made by testing for the presence of abnormal hemoglobin using a blood test. In the United States, testing blood for sickle cell disease is part of the routine health screening of every newborn. Finding it early enables doctors to start treating it sooner, improving patient outcomes.

Learn how we help our patients stay amazing 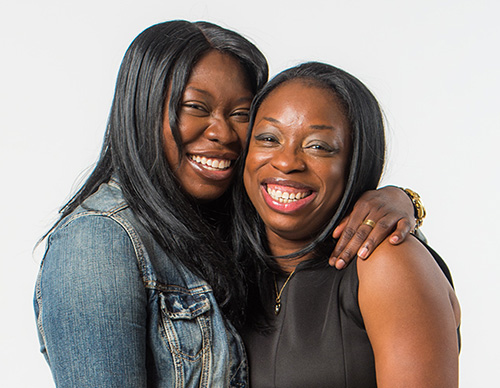 You think you’re by yourself, but the support is out there. All the staff was great—and I was happy to see them everyday.