Joseph Ania was wary when he showed up to the emergency department at NewYork-Presbyterian Allen Hospital in November 2017. The 46-year-old Bronx man had felt a persistent, unexplained pain on the right side of his abdomen for going-on four days.

Days before, he went to his local emergency room where doctors suspected Joe might have a ruptured appendix or a leak in his pancreas. As they struggled to diagnose the problem, Joe grew anxious and soon decided to go home. But the continued pain prompted him to seek treatment again.

Dr. Pandit wanted to get a closer look at what could be causing Joe’s pain, so she ordered a CT scan of his abdomen and pelvis, which showed signs of a perforated peptic ulcer. A peptic ulcer is an open sore in the lining of the stomach or intestine. Joe had a perforated duodenal (intestinal) ulcer, which can occur when the untreated ulcer burns through the wall of the intestine, allowing digestive juices and food to leak into the abdominal cavity. The perforated ulcer was causing his colon to become inflamed. Left untreated, Joe could develop life-threatening infections.

It would be some time before doctors at the emergency room could confirm the diagnosis. “I was waiting for a hospital bed and I just got tired of waiting, so I snuck out, stupidly,” Joe says. “Within 20 minutes of getting home, [Dr. Dubois] started calling.”

Dr. Dubois implored Joe to come back. He promised he’d return, but after an hour passed he still hadn’t showed up, so Dr. Dubois called again. “He strongly recommended that I come back. I told him I would come back in the morning because I didn't want to go through the whole enrollment in the ER but he wouldn't have any of that. He convinced me to come back,” he says. “When I got there, he was waiting for me at the reception area.”

Dr. Dubois’s shift had ended. Once he knew Joe was able to get treatment, he transferred his care to the on-call surgeon. Joe was given antibiotics to treat any infections that could be causing the colitis.

Over the next few days Joe’s symptom’s improved. Though he says he was filled with anxiety about being in the hospital.

“There was one nurse — Jane — that made [being at the hospital] a ton easier. She knew that I was nervous about everything because I was by myself and I'd never been through anything like this before,” Joe recalls. Over his three-day stay at the hospital the nurse tried hard to make Joe comfortable: getting him gelatin and other snacks once he was able to eat soft foods and meals once he was back to eating solid food.

“I wasn’t given the OK to eat until after dinner was served. So I would have had to wait until the next morning for breakfast. I don't know where she went but she came back with a plate of food so I could eat,” he says. “She knew I was dying for a piece of chocolate. She went and got me a chocolate bar. She really went out of her way to just make it better for me.”

Joe was eventually released from the hospital, with the recommendation to follow-up with an endoscopy to rule out a serious immune system disorder. 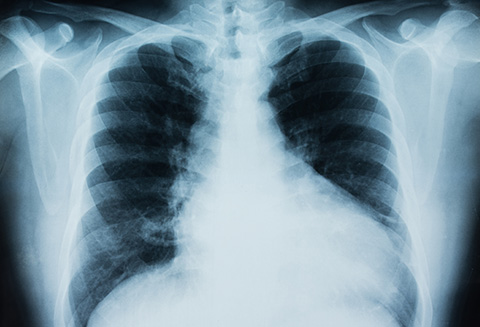 Who should be screened for lung cancer?

Prediabetes: Know the risks and when to see a doctor 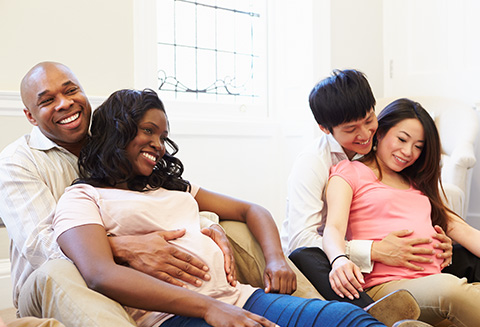 Having a Healthy Pregnancy in Your 40s