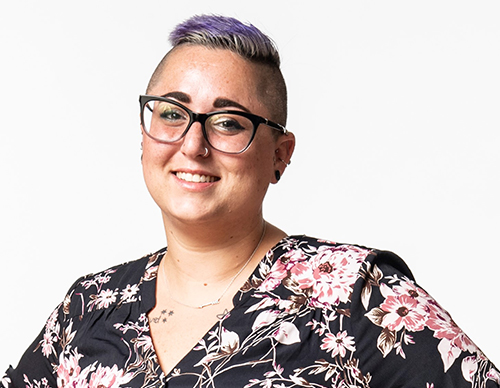 I am 1,000% sure I wouldn’t have made it if I didn’t get my care at NewYork-Presbyterian.

The college years are supposed to be a time of exploration and independence. But for Sara Musikoff, it was hardly that. In 2009, at age 20 — with upwards of 50 bowel movements a day (primarily diarrhea) — she spent most of her days in the bathroom.

“Everything I ate ran through me and I couldn’t keep anything in,” recalls Sara, a case manager who works with mentally ill homeless individuals. She even had to wear adult diapers at one point because she couldn’t always make it to the restroom.

It would take eight years of medication, many surgeries, management of grueling complications, and ultimately lifesaving operations at NewYork-Presbyterian/Columbia University Irving Medical Center to help her reclaim her life.

Medications such as prednisone and infliximab helped control Sara’s symptoms for a few years. As a type 1 diabetic, however, the prednisone required her to increase her insulin intake, and she gained over 50 pounds. She never achieved full remission of her ulcerative colitis symptoms.

By 2012, she had moved to Florida to live with her grandmother and pursue graduate school, but found herself bedridden with debilitating symptoms. She had a colectomy — removal of large intestine tissue — in April, leaving her with an ostomy (a bag worn outside the body to remove bowel waste). Sara also had bariatric surgery in 2014 to help her lose the weight she had gained.

For many patients, an ostomy would have sufficed. But the adhesive from the ostomy bag left her with severe skin irritation, and she knew another course of action would be needed. In June 2015, she had an operation at a northeastern hospital that would prepare her for eventual J-pouch surgery: the creation of an internal pouch from a part of the small intestine to provide a storage place for stool. The J-pouch would enable her to avoid an ostomy.

But again, things would not go as planned.

An infection had been brewing in her abdomen. After surgery, a popped suture allowed stool to enter her bloodstream from her intestine. She developed necrotizing fasciitis — the dreaded “flesh-eating bacteria” — which destroyed tissue around her genital area. The pain was so intense that doctors placed Sara into a medically induced coma for two full weeks. During that time, she had no fewer than six surgeries to rid her body of the skin infection.

Sara finally left the hospital at the end of July 2015, but was back in and out for months to manage complications. Twice the infection tried to return, and surgeons removed the affected tissue. She was supposed to be away from work for just one month; instead, she was out for eight.

Knowing it was time to turn for help elsewhere, Sara’s mother obtained a referral from another doctor to Dr. Pokala Ravi Kiran, Chief and Program Director of Colorectal Surgery at NewYork-Presbyterian/Columbia University Irving Medical Center.

“We had heard that this is the hospital that fixes you when no one else can,” notes Sara. Dr. Kiran was one of less than a dozen surgeons in the world who could perform the operation Sara ultimately needed: a K-pouch. 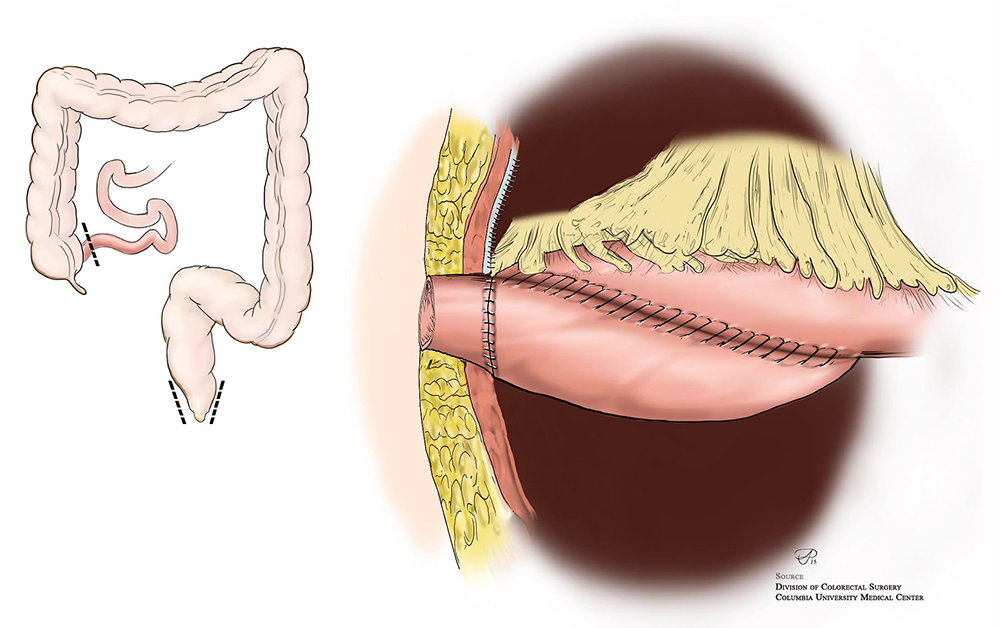 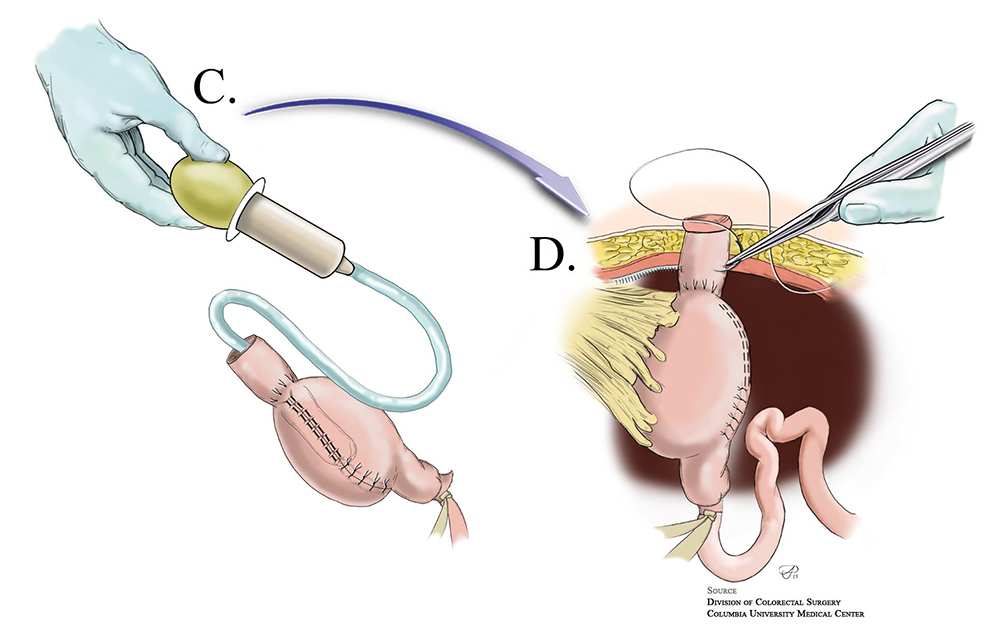 During the procedure, he created an internal abdominal pouch that Sara now empties twice daily through a soft plastic tube that she accesses through a tiny opening in her abdomen. Due to the need for continued healing from her prior infection surgeries, it was a staged process, with the first operation taking place in December 2015 and the second the following summer.

Plastic surgeon Dr. Thomas A. Imahiyerobo, Jr., was another vital member of Sara’s team, rebuilding tissue around Sara’s torso that had been affected by the previous operations and removing excess skin following the weight loss surgery. A wound care team considered her one of the most challenging cases of their careers. But by fall 2016, she had finally healed and was able to return to full-time work.

Today Sara has to watch what she eats, avoiding fibrous foods that may not be able to fit through the K-pouch tube.

“I always loved vegetables, so not being able to eat many of them is sad,” she says. She purees certain foods and avoids others, including shelled vegetables liked peas and foods with skin, like tomatoes. But her quality of life is better than ever.

“Everything I’ve been through and the way things turned out — I’m happier than I’ve ever been,” she exclaims.

“The fact that Dr. Kiran and Dr. Imahiyerobo could finish everything and put me back together in a way that looked normal was absolutely amazing. It’s the only word I can use to describe it,” Sara concludes. “I am 1,000% sure I wouldn’t have made it if I didn’t get my care at NewYork-Presbyterian.”