Register to be a donor

I received a second chance at life and wanted to share my story with others. 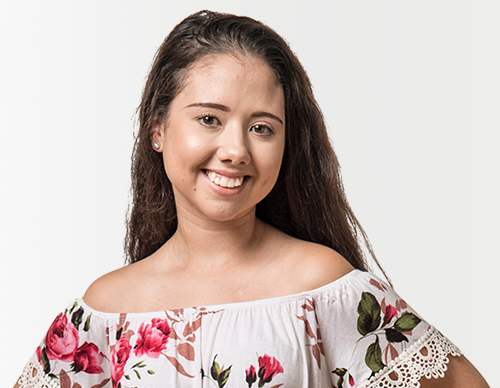 Lauren Shields had been a healthy, active 8-year-old attending third grade in the New York City suburb of Stony Point, when her life took a direction that no one could have predicted. She lost her appetite, her belly became bloated, and she had a hard time moving her bowels. Overcome by fatigue, she looked for reasons not to participate in gym class, like leaving her sneakers at home. “Just walking up a flight of stairs was exhausting,” recalls Lauren, now 18. “Never in a million years did we think my heart was failing.”

But that’s exactly what was happening. A viral infection that took hold of her body settled into her heart, causing heart failure. When she received the diagnosis at a Westchester County hospital, her family learned that her heart was only functioning at 14 percent of its normal capacity.

Her mother, Jeanne, arranged for Lauren to be transferred to NewYork-Presbyterian Morgan Stanley Children’s Hospital. “It’s hard to hear that your child has heart failure. I had so much fear and concern for Lauren,” says Jeanne. “However, the moment we learned her diagnosis, we knew where she needed to be. We had heard that Columbia had an excellent pediatric cardiac ICU. For us, it was important that we get Lauren the best possible care as quickly as possible.”

As soon as she settled into her room there, Lauren and her family believed she was where she belonged. “We felt I was in the right place. Child life specialists came in right away. I remember there was a lot going on — doctors and nurses all talking about what I needed,” she remembers. “I knew they were really going to take good care of me.”

They agreed her only hope was a heart transplant. Jeanne kept a daily journal of every person who cared for Lauren and every medicine she received, and older brother Brandon, in high school at the time, came to visit her. She was on the transplant waiting list for a month and a half — the last 15 days of which were spent on a biventricular assist device (BIVAD), a machine that takes over the function of both the left and right sides of the heart. During this time, she also was kept in a medically induced coma. Finally, the news came that a matching donor heart was available from a 4-year-old boy in Illinois.

“Nothing can describe the feeling when they came in to say that they had found a heart for Lauren,” Jeanne recalls. “She was finally going to have a second chance on life, and we were so grateful to the family that decided to give her this gift.” Lauren received her new heart at NewYork-Presbyterian Morgan Stanley Children’s on March 19, 2009.

She remained in the hospital for several more months to recover. During that time, she and her mother took pictures of her care team — doctors, nurses, the staff who brought her meals — and put them on her hospital room wall, creating what they called the “Wall of Fame” and labeling them with citations such as “Best Echocardiography Tech.” It became very popular: Her team members would ask enthusiastically, “How do I get on that wall?!!”

But her recovery was less than smooth. There were times in the hospital when she was so tired she could barely talk enough to converse with her tutor. “I was not the energetic little girl I remembered,” says Lauren. “I was skin and bones from losing muscle mass. I couldn’t feed myself. My new heart was working great, but the rest of me wasn’t.” She had also experienced a stroke after the transplant that affected the right side of her body, and she needed many weeks of physical therapy — beginning in the hospital and eventually ending at an outpatient rehabilitation program nearer to her home, where she learned to walk again.

That summer, her teacher came to her home to tutor Lauren. By fall, she was ready to go back to school to start fourth grade, walking with a cane and assisted by an aide to carry her backpack and help her through the school day. By fifth grade, she no longer needed the aide and was back to normal.

“This is when I began my ‘give-back’ journey,” notes Lauren. “I had received a second chance at life and wanted to share my story with others.” She began speaking at local naturalization ceremonies to encourage new citizens in Rockland County to sign up as organ donors. At one of those events, she met her State Senator, David Carlucci, who enlisted her help to address the low organ donor rate in New York State.

Until that time, people could ignore the question on their driver’s license or non-driver ID card applications about becoming an organ donor. But Lauren lobbied to create a law that requires applicants to select either “Yes” or “Skip This Question” on the Department of Motor Vehicles application. The law was passed in 2012 and is now known as Lauren’s Law. “I never thought I would end up with a law named after me!” Lauren exclaims. “Organ donation is not something people like to talk about, and this is something I could do to help raise the number of donors.”

She now takes just two anti-rejection medications, a blood thinner, and a blood pressure drug each day (down from 16 medications right after her transplant) and sees her doctors at NewYork-Presbyterian Morgan Stanley Children’s — Dr. Linda Addonizio, who directs the Pediatric Cardiomyopathy, Heart Failure and Transplantation Program, and pediatric cardiologist Dr. Warren Zuckerman — every six months. In 2018, Lauren graduated high school and began attending Dominican College near her home, with plans to major in biology and apply to medical school. She’d like to become a pediatric cardiologist, sharing her own journey with her patients and colleagues.

“I will always treasure the connections I made with my doctors, nurses, and everyone who cared for me,” asserts Lauren. “I couldn’t have made this journey without the great team at NewYork-Presbyterian.”

Register to be a donor