Just saying thank you doesn’t seem to be enough for all those who took care of me. It’s because of them that I was able to recover so quickly and get back to work. 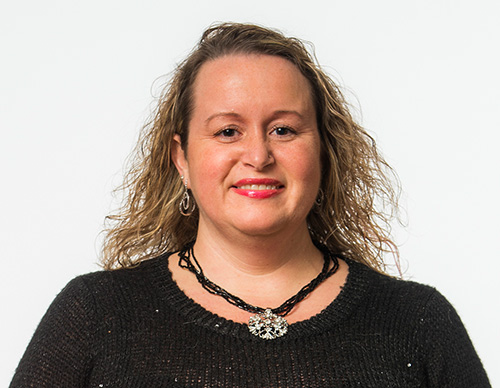 When asked about the circumstances surrounding her stroke in 2014, Kelly Boyle says “Well, I was certainly in the right place at the right time.”

An emergency room nurse with 10 years of experience, Kelly was working an overnight shift in the ER at NewYork-Presbyterian/Lower Manhattan Hospital when she began having difficulties concentrating.

“At about 10 pm, I started having some symptoms, but at the time I didn’t know what they were,” she recalls. “I had difficultly holding a pen. But you know how sometimes if you write too much your hand cramps a little and it’s hard to hold a pen? I just thought I’d shake it off.”

As the night continued, Kelly continued to feel symptoms and decided it was unsafe for her to take care of patients, and asked her charge nurse to go home. Fortunately, the nurse convinced Kelly to be seen by a doctor, and she checked into the very hospital where she had just been working. “By the time the doctor came in I couldn’t talk at all. I had some right hand weakness and a tiny facial droop,” says Kelly.

At approximately 1 am, after a CT scan, doctors immediately put Kelly on tPA – a strong clot busting medication used for stroke patients. Kelly’s speech started to return 24 hours later. After 48 hours, her symptoms had completely resolved. She spent two days in the ICU, but was able to return home afterwards with no lasting effects.

“Just saying thank you doesn’t seem to be enough for everybody who took care of me – the ER doctors, my coworkers, the nurses in the ER, the PAs that were there, and the nurses in the ICU,” says Kelly. “They took such good care of me. It’s because of all of them that I was able to recover so quickly and get back to work.”

Kelly says her perspective on treating patients has changed since her ordeal. “I could always say, ‘We’re doing everything we can.’ But to now say, ‘Look, I was there. I had this done and look at me now. I’m standing here talking to you and taking care of you.’ It gives them a lot of reassurance.”