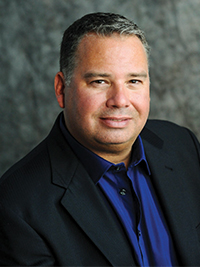 Dr. Gillen is an accomplished academician, having authored 30 original publications and more than 100 publications. He is the editor of Stroke Rehabilitation: A Function-Based Approach, the definitive textbook on stroke rehabilitation for occupational therapists now in its fourth edition. He has received numerous awards and invited lectureships, including the keynote Eleanor Clarke Slagle lecture at the national meeting of the American Occupational Therapy Association.

Dr. Gillen received his undergraduate degree in occupational therapy, as well as a master of public administration in health management, at New York University. He later obtained an EdD in health education at Teachers College, Columbia University.