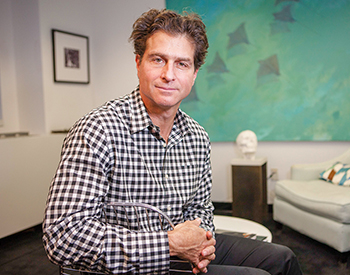 Recent breakthroughs in Alzheimer’s disease research may be leading scientists down a new pathway for drug discovery. Scott A. Small, MD, Director of the Alzheimer’s Disease Research Center at NewYork-Presbyterian/Columbia University Irving Medical Center, believes the key may be in targeting a biological mechanism in the cell called retromer endosomal dysfunction. Conceptually, this represents quite a different model than the amyloid hypothesis, the long-standing theory of Alzheimer’s disease pathology.

A recent spate of large-scale clinical trials targeting amyloid has seen lukewarm results, with major pharmaceutical companies discontinuing studies of highly anticipated Alzheimer’s drugs. All of this has left scientists in something of a quandary. Are they intervening too late in the Alzheimer’s disease process? Is amyloid the wrong target?

The answers may reside in the work of Dr. Small and his colleagues in the Alzheimer’s Disease Research Center. Most recently, Dr. Small, Richard P. Mayeux, MD, MSc, Neurologist-in-Chief at NewYork-Presbyterian/Columbia, and members of their research team constructed a model based on the latest genetic and cellular findings, proposing that traffic jams in the early endosome can act as a pathogenic hub in Alzheimer’s disease. They found that these congested pathways occur early in the disease and may develop independently of amyloid, further suggesting that retromer plays a key role in this process.

The Path to Therapeutic Targets

One of the Alzheimer’s Disease Research Center’s accomplishments early on was the design of a functional MRI (fMRI) imaging technique that could image the earliest signs of Alzheimer’s disease, enabling the research team to obtain a very clear pattern of vulnerability for Alzheimer’s in a region of the hippocampus called the entorhinal cortex.

“At the time, this was completely novel,” says Dr. Small. “However, we still did not understand why one area was vulnerable and another resistant.” Dr. Small continued to pursue this line of inquiry with other experts in the field, including Karen E. Duff, PhD, Deputy Director of the Taub Institute for Research on Alzheimer’s Disease and the Aging Brain at Columbia and an expert in mouse models. Using fMRI to examine the entorhinal cortex both in mouse models and in patients with Alzheimer’s disease, they were able to identify not only where the disease began, but also why it began, how it spread, and potential imaging opportunities for early detection. “This gave us a very clear pattern of vulnerability,” says Dr. Small. Their findings, published in a seminal paper in Nature Neuroscience in 2014, helped take research in Alzheimer’s disease to a new level.

Dr. Small, together with Gregory A. Petsko, DPhil, Director of the Robert and Helen Appel Alzheimer’s Disease Research Institute at Weill Cornell Medicine, and research colleagues at Brandeis University, went on to identify a new class of compounds, called pharmacologic chaperones, which could bind to retromer’s weak point and stabilize the protein molecules, thereby decreasing amyloid levels. “Our research demonstrated, what is to our knowledge the first time, that small molecules can act as pharmacological chaperones that can stabilize a multiprotein complex and enhance its function,” says Dr. Small. Their groundbreaking work showing proof of principle for the efficacy of these retromer pharmacologic chaperones was published in 2014 in Nature Chemical Biology.

Dr. Small estimates that subsequently some 20 papers have been published validating the role that the retromer pathway plays in Alzheimer’s disease. “If endosomal trafficking, in general, and the cellular pathway, retromer, in particular, play a role in Alzheimer’s, could we target it for therapeutics? That is the ultimate finishing line.” Dr. Small’s lab is currently investigating novel therapies to help regulate this biological process, and the pharmaceutical industry is now taking an active interest in developing retromer drugs for Alzheimer’s disease, as well as for Parkinson’s. 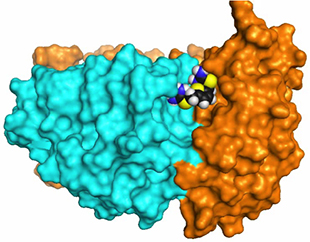 In order to target retromer and endosomal trafficking, Dr. Small and his colleagues are still trying to understand why retromer dysfunction affects the entorhinal cortex. “We have relied on these patterns of regional vulnerability to get to retromer. But that doesn’t explain at a basic science level why the entorhinal cortex is vulnerable to retromer dysfunction,” says Dr. Small.

One way to confirm the retromer pathway is to look at genetics. Dr. Richard Mayeux has led a population-based Alzheimer’s disease study since 1989 and was one of the first to link genetic risk factors and biomarkers to vulnerability. He and his research team have identified a number of retromer-related genes that have been strongly linked to Alzheimer’s, thereby showing a pathogenic role.

Looking ahead, Dr. Small talks of incorporating precision medicine into the equation. “We want to make sure that patients who enroll in clinical trials have evidence of retromer dysfunction so that we can track them,” he says. Progress has already been made by Dr. Small’s lab, which has identified biomarkers of retromer dysfunction in a mouse model that are now going on to be tested in human subjects.

Such progress emanates from years of research in the Alzheimer’s Disease Research Center and collaborations with some of the most brilliant minds in dementia and aging research — among them Dr. Mayeux, and Lawrence S. Honig, MD, PhD, Director of the Center’s Clinical Core. “The early days were difficult,” says Dr. Small. “It took a lot of work, collaborations, and papers. The cliché is that it takes a village. It actually takes a great university.”