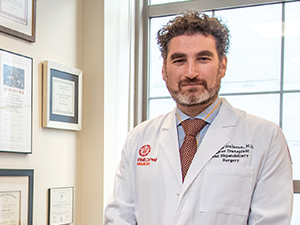 In describing the current landscape of organ allocation for HCC, Dr. Halazun shares a historical perspective. “Thomas Starzl, the father of liver transplant in the 1960s, thought that liver transplantation was the best cure for liver cancers like hepatocellular carcinoma. Unfortunately, in the 70s and 80s that led to transplanting every single person with liver cancer who came through the door, so the outcomes weren’t great. In the mid to late 80s, there were such high recurrence rates that it was decided transplant was too high risk and that this was not the best approach for these patients.”

In 1996, Vincenzo Mazzaferro in Milan, Italy, published a paper in The New England Journal of Medicine defining criteria to select patients. The Milan criteria set clear guidelines for which patients with HCC benefit from transplant with an acceptable recurrence-free survival. These criteria were adopted globally by several transplant authorities to prioritize or even preclude liver transplant for patients with HCC.

“The Milan criteria include a single tumor less than or equal to 5 cm, or up to three tumors, none of which are larger than 3 cm,” says Dr. Halazun. “If the patient is within those criteria, the recurrence free survival rate approaches 90 percent at five years. Basically, those criteria were based on 35 patients in Milan. It was a small sample size, but the impact was enormous.”

According to Dr. Halazun, before the Milan criteria were adopted in 2002, 2 percent of liver transplants were done for HCC — about 1,500 to 2,000 transplants. Since then, about a third — 30,000 out of 90,000 adult transplants — have been performed for HCC. “It’s a huge shift in volume because of these criteria and because the outcomes are so good,” he says. “These patients are also relatively easy to transplant, and they do well.” 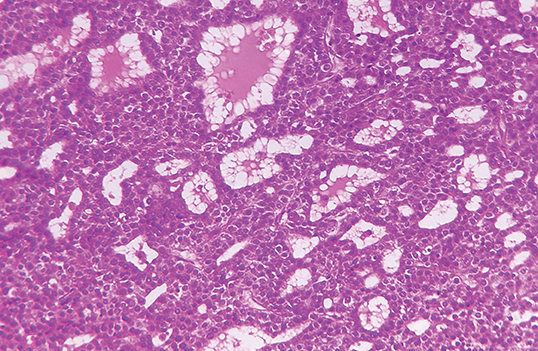 Dr. Halazun and his colleagues began to look at redefining the criteria, and, indeed, they were not alone in this endeavor. “There have been many papers that showed the Milan criteria are not the best way to select patients — even the author of Milan has suggested several other criteria,” says Dr. Halazun, who in 2018 joined in this effort with liver transplant colleagues at NewYork-Presbyterian/Columbia, Mount Sinai Medical Center, and the David Geffen School of Medicine at UCLA.

According to the investigators, despite the utility and reproducibility of the Milan criteria, they have been criticized for their restrictiveness, and more importantly, for the lack of tumor biological indices to help dictate best oncological practice when transplanting HCC patients.

Dr. Halazun and the research team developed criteria that include tumor biological indices, such as alfa-fetoprotein (AFP), to predict outcome. “AFP has long been recognized as a biological predictor of prognosis in HCC and has been central to many of the new models developed for the transplant setting,” says Dr. Halazun. “Unfortunately, many systems have used AFP at a single time point even though patients usually wait many months for transplantation during which time neoadjuvant therapies are administered.”

“What we found with this study is that incorporating AFP response is not only predictive of outcome, but it tells us who we should include who are outside of the criteria that would have very good survival.”

The researchers hypothesized that the response of AFP over time serves as a better predictor of recurrence and survival and sought to investigate the importance of a dynamic AFP response through their study of 1,450 adult patients undergoing liver transplant for HCC between January 2001 and December 2013 at NewYork-Presbyterian, Mount Sinai, and UCLA. AFP response was measured as differences between maximum and final pre-liver transplant AFP.

The researchers concluded that “incorporating AFP response over time into HCC selection criteria allows for the expansion of the Milan criteria. As UNOS considers adding AFP to selection algorithms, the NYCA score provides an objective, user-friendly tool for centers to appropriately risk-stratify patients.”

“What we found with this study is that trending AFP is not only predictive of outcome, but it tells us who outside of the criteria would have very good survival. These are people who would traditionally not get transplanted in many centers but who actually could be transplanted,” says Dr. Halazun. “If they had been transplanted, they would have had upwards of a 70 percent five-year recurrence-free survival.”

“Some people argue that we’re doing too many transplants for patients with HCC versus other patients, but I argue that we’re not doing enough,” continues Dr. Halazun. “We can give them an excellent, long-term survival, and they can do very well compared to many other diseases where we do transplant. The evolution will happen because the number of patients with hepatocellular carcinoma is rising. We have to figure out how we can give these patients a chance for a cure. Right now we’re doing operations for patients with other cancers where the survival at five years is under 25 percent. While those are not liver transplants, even with those potentially bad results we still offer surgery to patients with the slim chance of cure. So, why not offer someone a transplant with a 70 percent chance of a cure?”