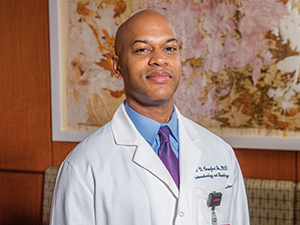 The first recorded use of fecal material as a medical remedy dates back to 4th-century China when it was administered orally to a patient with severe diarrhea. The historical trace then goes dark regarding the healing properties of fecal matter until its use in veterinary medicine in the 1700s. 1958 marked the first use of fecal material administered to humans delivered via enema to treat antibiotic-associated pseudomembranous colitis. Fecal matter was again utilized in 1981 to treat this colitis now known to be caused by the bacteria, Clostridium difficile or “C. diff” for short. However, its application as a healing remedy did not broaden. More recently, when called into action to successfully halt multiple recurrences of this disease within C. diff epidemics, fecal transplant is now being seen as a possible treatment for a host of disorders, including chronic diseases in and out of the digestive tract.

“Fecal transplant, or fecal microbiota transplant [FMT], is a therapy we started using more frequently after 2005 in order to control multiple relapses of Clostridium difficile infections,” says Carl V. Crawford, MD, a gastroenterologist in the Division of Gastroenterology and Hepatology, NewYork-Presbyterian/ Weill Cornell Medical Center. “This infection had been around for decades, and it had always been associated with antibiotic exposure in the inpatient setting and now in the outpatient setting.”

The revival of FMT for C. diff came in the midst of a drug-resistant C. diff epidemic that started in Canada and spread to U.S. inpatient settings. Upon examination, the epidemic appears to be a consequence of using powerful antibiotics. “Unfortunately, the advent of newer antibiotics to cover more organisms allowed for development of resistant strains of C. diff. These are very hyper­virulent, toxic strains,” says Dr. Crawford. “So, this one novel strain, which was selected for broad-spectrum and widespread antibiotic use, actually became more dominant.”

The epidemic, based ironically on remarkable medical advancements, caused researchers to look more closely at C. diff. “When people started to investigate this infection,” Dr. Crawford says, “they saw that this hypervirulent organism was producing 16 times more toxin A and 23 times more toxin B, the proteins that attack the colon and cause diarrhea and colitis — and death — than other traditional strains.”

C. diff infections had been mostly an inpatient phenomenon, but now with an astonishing rate of recurrence it is being seen more in the community. “A susceptible host pretty much rules in everyone in the hospital, especially anyone on antibiotics or whose immune system is compromised in some way,” says Dr. Crawford. Once a patient develops the C. diff infection, there is at least a 20 percent chance of getting it again, then a 40 percent chance of relapse or reinfection. After that, the chance of further manifestations rises to over 60 percent.

“Fecal transplant is an old therapy made new for C. diff, restoring the good bacteria in the gastrointestinal tract in a heartbeat,” says Dr. Crawford. In fact, the success rate with FMT is a remarkable 90 percent for those deemed good candidates, yet no one can say exactly how it works. The healing and destructive properties of the microbiome are now being explored in many studies, and acknowledges the unique challenges in researching human gut flora. “When we do a fecal transplant, every single donor solution we use is uniquely different from the next donor. In each sample there are hundreds of different kinds of bacteria and strains.”

While FMT has been shown to have a tremendous effect in patients with Clostridium difficile infection, Dr. Crawford notes that in other causes of disease, it is not as effective, yet there is still some effect. “In order to understand that effect we need to look at the genetics of the bacteria of the patients and correlate the clinical outcomes after the fecal transplant,” says Dr. Crawford. “Inside the gastrointestinal tract, these are not just random bacteria; they serve a very specific niche or function. If we can break down the functions of these bacteria, isolating whether they metabolize amino acids, carbohydrates, proteins, etc, and look at their specific ecosystems, we may be able to determine, in certain diseases, what’s lacking. Once we find easy ways to identify those communities of bacteria, we can easily imagine just putting those communities back.”

Expanding the Application of FMT

“Originally, the FDA had only acknowledged the use of FMT for C. diff infections,” continues Dr. Crawford. “But the very successful C. diff results have made widely expanded studies possible, including using FMT in the inflammatory bowel disease population, whether or not C. diff infection is present.”

This is the first study to evaluate the clinical, microbiological, and immunological impact of a two-donor fecal microbiota preparation (FMP) for active ulcerative colitis.

Research of the microbiome has led to recognition of its connection to other disorders, including Crohn’s disease and ulcerative colitis. In a recent pilot study, Dr. Crawford and his co-investigators Randy Longman, MD, PhD, Vinita E. Jacob, MD, and their colleagues in the Jill Roberts Institute for Research in IBD at Weill Cornell, looked at an FMT preparation (FMP) created from a healthy two-donor resource in order to increase the microbial diversity of the donor material to treat patients with active ulcerative colitis. Building on reports of trials that suggested FMT with repeated enemas and high-diversity FMT donors is a promising treatment to induce remission in ulcerative colitis, the Weill Cornell researchers pursued a preliminary investigation of microbial engraftment of a single fecal micobiota preparation delivered by colonoscopy.

Among other areas, the study explored the RNA composition of the recipient microbiome and the engrafted material. The use of genetic analysis of the donor preparation and the recipient’s digestive bacteria before and after implant was key to the study’s design. Results, which were published in Inflammatory Bowel Disease in June 2017, showed that of the 20 patients enrolled in the study, 7 patients (35%) achieved a clinical response by week four; 3 patients (15%) were in remission at week four; and 2 of these patients (10%) achieved mucosal healing. Three patients (15%) required escalation of care.

According to the researchers, the data support the short-term efficacy of single colonic delivery in achieving microbial engraftment. The 7 patients who had a response at week 4 maintained improvements in clinical scores at week 12. However, they note that “longer follow-up is needed to evaluate the efficacy of less-intensive therapy, which may ultimately be more practical for patient care, and larger placebo-controlled trials are needed to evaluate durable FMT or FMP strategies in both biological naïve and refractory patients.”

“This is definitely an exciting time in our field,” says Dr. Crawford. “Because of C. diff, we were forced to develop a greater understanding of the role of gut bacteria and microorganisms in health and disease. In addition to FMT for C. diff, we will be looking at new avenues of investigation, such as the effects of restoration of the biodiversity inside the gastrointestinal tract for treatment of non-gastrointestinal diseases. This has really opened the door to a whole, new realm of biotherapeutics for the treatment of many other human diseases that we never would have traced back to the bacteria that live in us and that outnumber us. To be honest, it is like a whole new beginning.”