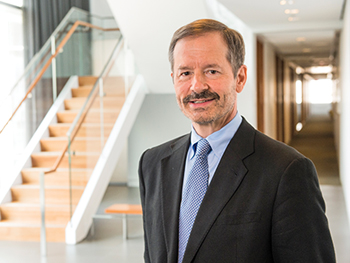 In a study published in the December 11, 2015 issue of Science, Lewis C. Cantley, PhD, Director of the Sandra and Edward Meyer Cancer Center, Weill Cornell Medicine, and his team reported that high doses of vitamin C impaired the growth of KRAS mutant and BRAF mutant colorectal tumors. Now with a multimillion dollar grant from Stand Up to Cancer (SU2C)/American Association for Cancer Research, the investigators have moved to human trials to confirm their earlier findings.

KRAS-mutated cells make unusually large amounts of GLUT1, a protein that transports glucose across the cell membrane, supplying cancer cells with the high levels of the nutrient they need to survive. GLUT1 also transports the oxidized form of vitamin C, dehydroascorbic acid (DHA), into the cell. Normally, only a small fraction of vitamin C in the blood stream is converted to DHA, but in the microenvironment of KRAS mutant tumors, reactive oxygen generated by the tumor converts much of the vitamin C to DHA, which can enter the tumor rapidly. Once inside, the DHA acts like a Trojan horse. Natural antioxidants inside the cancer cell attempt to convert the DHA back to ascorbic acid; in the process, these antioxidants are depleted, and the cell dies from oxidative stress. 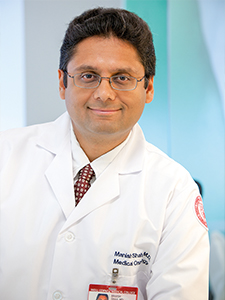 Dr. Cantley partnered with Manish A. Shah, MD, Director of the Gastrointestinal Oncology Program at Weill Cornell, to design a clinical trial to test the safety and efficacy of intravenous ascorbate as a treatment for KRAS mutant cancers, identify who is most likely to respond, learn more about the basic science mechanisms involved in the responses, and collect some early evidence of clinical benefit. “We would expect and hope to see some tumor shrinkage among those with KRAS and BRAF mutations,” says Dr. Cantley. “Increased time to progression or quantified stable disease would also be considered a good response.”

The phase 2 pilot study evaluates high dose intravenous vitamin C in two cohorts. The first cohort is of patients with resectable solid tumor malignancies likely to harbor mutations in KRAS or BRAF – for example, colon, pancreatic, and lung cancers – about to undergo surgery. The second group would be previously treated patients known to have KRAS or BRAF mutations, whose tumors were non-responsive to traditional therapies, or whose diseases had metastasized. They would receive the same infusions, for up to six months, with six-week and three-month checks to see disease response.

“The clinical trial, which opened last summer, is an important translational study of men and women with resectable or metastatic solid tumor malignancies to look at the metabolism of these tumors before and after vitamin C,” says Dr. Shah. “We are also looking at the RNA expression of the tumors to determine if what we saw in the lab is actually validated in patients. We’re quite excited about this.” 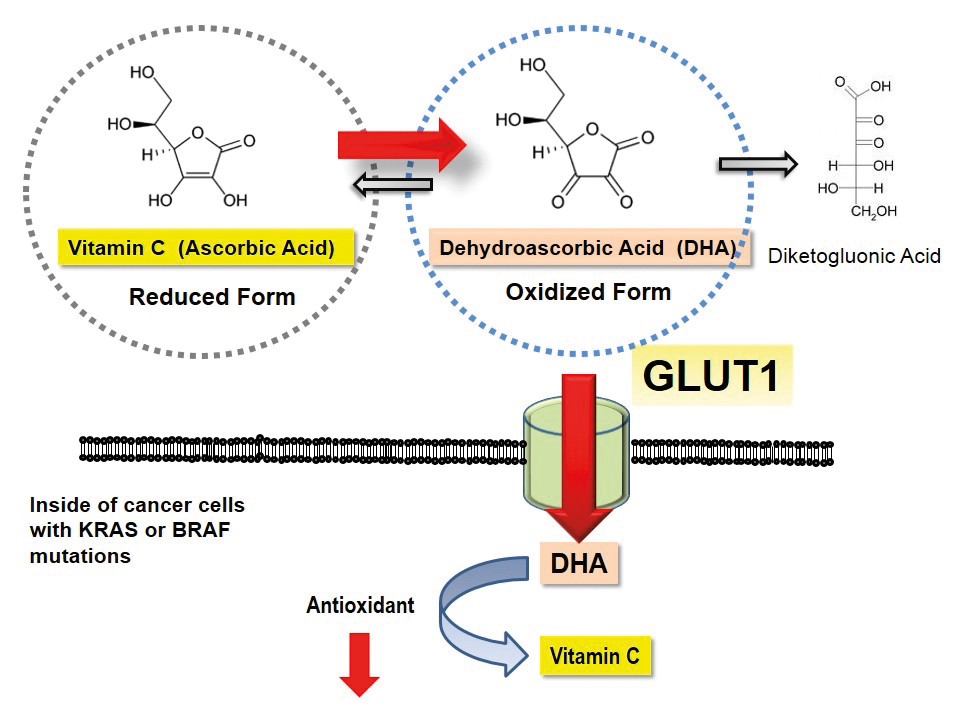 “KRAS mutations are prevalent in solid tumor cancers, and about 40 to 50 percent of colon cancers have a mutation in the RAS pathway, which includes the KRAS, NRAS, and BRAF genes. A mutation in this pathway makes the disease more aggressive and less likely to respond to current therapies,” adds Dr. Shah. “Historically, these tumors have been very challenging to treat. In fact, they’re used as a biomarker for exclusion of available EGFR inhibitor targeted therapy.”

Dr. Shah notes that dosing was an important consideration. The infusion treatment is given at 1.25 grams per kilogram every day for four days a week for two to four consecutive weeks prior to surgery in patients in Cohort A, and four days per week up to six months in Cohort B. “It’s a challenge to have patients come in every day, so we are working to find an alternative formulation that may be able to be given to patients orally,” says Dr. Shah.

In addition, tumor samples collected during surgery will undergo extensive genetic sequencing and molecular characterization, and include the development of organoid models. The organoids will be treated with vitamin C ex vivo to see if the response replicates the patient response. “More importantly, the organoids provide us with the ability to manipulate them so that we can see if they can overcome resistance as well,” says Dr. Shah.

“I think we’re going to learn, in clinical and translational population sets, how vitamin C works and if it can be used to treat this previously untreatable population.”

“At the end of this study, I think we’re going to learn, in clinical and translational population sets, how vitamin C works and if it can be used to treat this previously untreatable population,” says Dr. Shah. If there appears to be a clinical benefit, he adds, additional trials could be designed to determine optimal efficacy and dosage, and to compare therapeutic results against other treatments, such as current chemotherapy-based standard of care or combination therapy.