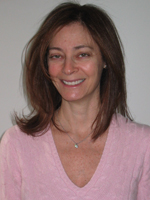 Dr. Spigland received her undergraduate degree in neurobiology from Cornell University and obtained her medical degree from New York Medical College. She subsequently completed her residency in general surgery at Lenox Hill Hospital, followed by a fellowship in pediatric surgery at Sainte Justine Children's Hospital in Montreal. She joined the surgical faculty of the UMDNJ-Robert Wood Johnson Medical School in New Brunswick, N.J., in 1989. In 1995, she joined the surgical staff of NewYork-Presbyterian/Weill Cornell and served as acting chief of its Division of Pediatric Surgery between 1997 and 2000.

Board certified in general surgery and pediatric surgery, Dr. Spigland is a fellow of the American College of Surgeons, and a member of the American Pediatric Surgical Association, the Canadian Association of Pediatric Surgeons, the New York Surgical Society and the Children's Oncology Group. She is a reviewer for the Journal of Perinatology and the Annals of Thoracic Surgery.

She has published extensively in peer-reviewed journals with a special emphasis on neonatal surgical conditions. She has presented her work at numerous national and international meetings and received a clinical research award from the Canadian Association of Pediatric Surgeons.