Dr. Schneider Is One of Only a Few Physicians Formally Trained in Both Vascular Surgery and Interventional Radiology

One of only a handful of physicians with formal training in both vascular surgery and interventional radiology, Dr. Darren B. Schneider has been appointed chief of vascular and endovascular surgery and director of the Center for Vascular and Endovascular Surgery at NewYork-Presbyterian Hospital/Weill Cornell Medical Center. He has also been named associate professor of surgery at Weill Cornell Medical College. 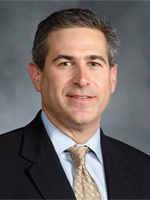 "I am pleased to welcome Dr. Schneider to NewYork-Presbyterian/Weill Cornell. As one of the world's leaders in the minimally invasive surgical procedures, and an expert in vascular surgery, endovascular surgery and interventional radiology, he is uniquely qualified to lead our Center for Vascular and Endovascular Surgery and guide the development of innovative treatments for patients suffering from vascular disease," says Dr. Fabrizio Michelassi, chairman of the Department of Surgery and the Lewis Atterbury Stimson Professor of Surgery at Weill Cornell Medical College and surgeon-in-chief at NewYork-Presbyterian Hospital/Weill Cornell Medical Center.

Dr. Schneider is one of a select group of vascular surgeons also trained in interventional radiology, giving him the unique perspective and expertise to perform minimally invasive endovascular procedures for carotid disease, aortic aneurysms and dissections, and peripheral artery disease. He is also experienced in minimally invasive and open surgical approaches for treatment of varicose veins and deep vein thrombosis. And using the Hospital's new operating rooms with Artis zeego® medical imaging systems, he is also able to perform hybrid procedures that combine a catheter-based approach and open surgery to best meet the needs of each individual patient. One particular area of interest for Dr. Schneider is the development of new treatments for limb preservation for patients with advanced lower extremity vascular disease. "Early and aggressive vascular treatment appears to significantly reduce the risk of amputation in patients with inadequate circulation in the affected limb," he says. "Our cross-disciplinary approach will focus on early diagnosis, education, intervention, as well as unique, advanced endovascular techniques, and new bone marrow and stem cell therapies."

Dr. Schneider is also leading the development and design of innovative new devices for endovascular treatment of aortic aneurysms and arterial blockages. He is actively involved in clinical trials at NewYork-Presbyterian/Weill Cornell investigating stents and stent grafts designed for minimally invasive treatment of arterial aneurysms and blockages. He is also the national principal investigator directing several multicenter clinical trials of vascular devices.

Dr. Schneider is a member of many prestigious professional surgical organizations, including the Society for Vascular Surgery, the International Society of Endovascular Specialists, the Society of Interventional Radiology, the Association for Academic Surgery, the International Society for Vascular Surgery, the Society of University Surgeons and the Western Vascular Society. Dr. Schneider was also the president-elect and program chair of the Northern California Vascular Society. He has been selected by Castle Connolly as one of America's Best Doctors from 2005 to 2010 and was named one of America's Best Surgeons in 2008.