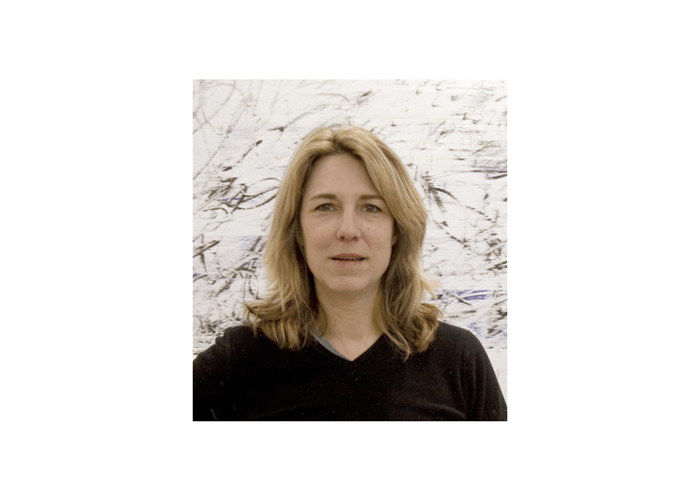 Born in 1960 in New Orleans, Louisiana, Humphries is a daughter of artists. She remembers discovering art in seventh grade, which made school less alienating for her. She received a Yale University Summer Scholarship in 1984, attended the Parsons School of Design, New York, in 1985, and completed the Whitney Museum Independent Study Program, New York, in 1986. Since then, she has lived and worked in New York. In 2005, a fire broke out in her studio, which started Humphries on a decade of innovation. She began working on black light paintings and silver paintings, two bodies of work for which she has become well-known.

Humphries’s paintings activate and are activated by the space around them. Her silver paintings, for example, respond to the light of the room and movement of the viewer. “There is a physics to how the metallic reflects light that is completely different from conventional pigment,” she has explained. “It picks up light in unpredictable ways, sometimes coming forward very aggressively, at other times going more dead gray and giving way for the color to advance.” Her black light paintings also require a reciprocal relationship from their environment and viewer. The paintings only fully reveal themselves when lit by ultraviolet bulbs. As Amanda Donnan, assistant curator at the Carnegie Museum of Art in Pennsylvania, has written, both bodies of work “self-consciously engage the history of art and refer to popular culture, melding the drips, zips, and Ben-day dots of mid-century abstraction with psychedelia and cinema’s silver screen.”

In 2014, Humphries began using a large stencil machine to create a new body of work with an industrial vibe to it. Custom-made stencils of dots, emoticons, and other images began to be incorporated into her layering-and-removing process of painting. “It’s an exciting new direction combining more of a machined aesthetic with gestural markings to create layered planes of gridded forms,” said Amanda Donnan. In 2015, the Carnegie Museum presented Humphries’s new work in a solo show. Humphries continued building on this vocabulary of stenciled grids and emoticons when she made ten etchings at Crown Point Press, San Francisco, in 2016.

Works by this artist

Use the left and right arrow keys to navigate the gallery