Tetralogy of Fallot (TOF) is the most common cause of cyanotic heart disease, and many children born with TOF will require intervention early in life. Some newborns may need a procedure within the first month if they have life-threatening cyanosis or need to be on a prostaglandin infusion to provide adequate pulmonary blood flow and safe levels of oxygen.

While the original treatment for tetralogy of Fallot in infants and children dates to the early 1950s, the ideal way to repair this form of congenital heart disease remains undetermined. Is it best to perform a complete repair of all the intracardiac problems in a newborn? Or should the repair be staged, beginning with an interim palliative approach to ensure pulmonary blood flow and complete the surgical repair when the baby is six to 12 months old? These two strategies – the primary versus the staged approach – are at the crux of the ongoing discussion on the treatment for tetralogy of Fallot. 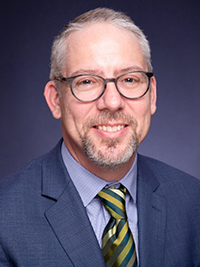 “There are many different options and timing variations that are used among different centers and even within the same center,” says Christopher J. Petit, MD, Chief of Pediatric Cardiology at NewYork-Presbyterian Morgan Stanley Children’s Hospital and the Welton Gersony Professor of Pediatrics at Columbia. “There are advocates for both strategies, and cardiologists and surgeons alike have never really known which approach is the best. We have good and bad examples on either side of the treatment strategy paradigm. There’s still more to be learned and to understand in this field, even in 2022, than one would think.”

With the need for greater understanding on the when and how of treating TOF, Dr. Petit joined with other clinician-scientists in the Congenital Cardiac Research Collaborative (CCRC, www.CCRCresearch.org) to collect and analyze data on outcomes following various approaches to infants with TOF. The research team pooled information on nearly 600 newborns with tetralogy of Fallot from nine centers across the United States.

“What is fascinating is that this first study, [published March 2021 in the Journal of the American College of Cardiology], did not show a big difference in outcomes in these two types of strategies,” says Dr. Petit, who founded the CCRC with Bryan Goldstein, MD, UPMC Children’s Hospital of Pittsburgh, in 2015. Dr. Petit currently serves as CCRC’s president. “Whether you palliate the newborns and then do a complete repair when they’re older or you do the complete repair early on, there doesn’t seem to be a big benefit one way or the other. The complete repair comes with slightly more morbidity and mortality upfront, but when you see these patients later in their lives, they tend to do a little bit better than those whose complete repair was awaiting them at 6 to 12 months of age. Looking overall at the outcomes when patients are about five years of age, they’re about the same.”

This study, which is the largest of its kind, was the first in a series of three publications to date on TOF by the CCRC team, answering some of the most critical questions facing clinicians as they make decisions on how to treat these young and very vulnerable patients. The second study was similar in that it compared both treatment strategies but homed in on infants weighing less than 2.5 kg with TOF and symptomatic cyanosis. Results, published in the January 2022 issue of the Journal of Thoracic and Cardiovascular Surgery, indicated that in this population mortality and reintervention burden was high, but independent of the treatment strategy.

Their unexpected findings essentially showing parity between two types of treatment strategies that are very different from each other prompted yet another question. Since major morbidity/mortality are similar, how do the costs of each compare? A third study by Dr. Petit and his CCRC colleagues evaluated the costs of these two different treatment strategies. Specifically, data from the larger study was merged with administrative data to compare total cost per day over the first 18 months of life in 324 neonates from six centers of which 40 percent had undergone primary repair. The CCRC investigators found that the cost associated with primary repair was, on average, about $45,000 lower than the staged approach.

“If major morbidity/mortality are about the same, as they appear to be in our first two studies, there may be a value argument to be made for doing the complete repair upfront in the early newborn period,” says Dr. Petit.

After Surgical Repair of Tetralogy of Fallot

Following surgical tetralogy of Fallot repair, patients remain at risk and require close surveillance. Dr. Petit notes, “Our team continues to study these patients following TOF repair. Clearly, there are a number of transcatheter and surgical reinterventions that await most children with TOF. Our center at Columbia has developed a surveillance follow-up algorithm to ensure that developments such as valve regurgitation, pulmonary artery stenosis, and other issues are not overlooked, and that timely reintervention – when necessary – is delivered.”

The body of research by the CCRC team continues to generate important questions and further study on the ongoing management of patients with TOF. "Whether they had their complete repair as newborns or at five months of age, how do we follow them? Because as we know now, once you ‘repair the heart,’ these patients continue to require interventions, surveillance, and other services,” says Dr. Petit. “In fact, in our field, we try to avoid the term ‘repair,’ because, in fact, heart disease like TOF is never really ‘fixed.’ Many health concerns await these patients down the line, so they require a surveillance program and close observation long after they’ve had their first surgery.”

Dr. Petit notes that the initial treatment strategy doesn't indicate what medical issues may develop after complete surgical repair of their tetralogy of Fallot. “Whether the baby had a primary or staged repair, the rates of reintervention – which are moderately high – are about the same. However, there are subpopulations within tetralogy of Fallot that have a higher burden of reintervention, particularly babies who have genetic abnormalities, are less than 2.5 kilograms at birth, and those who have other complexities to their care.”

To address the importance of surveillance for these children, a team of heart specialists at NewYork-Presbyterian Morgan Stanley Children’s Hospital developed a post-repair algorithm for monitoring children and adolescents. The protocol includes serial cardiac MRI, surveillance cardiac catheterization, and exercise stress tests to make sure their hearts are functioning as they should, that the valves are competent, and that they are doing well functionally.

“This combination of surveillance, both looking at heart function with echocardiogram and cardiac MRI, as well as the exercise stress test and evaluating their heart rhythm with a Holter monitor, are extremely important,” says Dr. Petit. “In the next phase, we will be looking at more dynamic, real-time monitoring of patients through wearable technologies, which is very exciting. We know that patients absolutely need to be active, and that daily activity is linked to good outcomes. These new technologies will enable us to put data to their activities and enable us to offer more tangible guidance on active lifestyles as they move from childhood to adolescence and into adulthood.”

As a major referral center, NewYork-Presbyterian/Columbia University Irving Medical Center receives quite a number of infant and newborns who have complex congenital heart disease. “We are perfectly situated to create the next level of understanding of tetralogy of Fallot, establish best practices, and help elevate the care across the country for these patients,” says Dr. Petit. “Regardless of how complex the heart disease or risky the procedure, our pediatric heart team never says, ‘No, we can’t do that,’ but rather always seeks a solution that may help one child at the time but also invariably helps to push the field forward.”