Does SEEG Promote Freedom from Seizures?

Some 30 percent of epilepsy patients do not respond to medications, and for this population the most effective treatment is surgical intervention. The success of the surgical approach is dependent on being able to pinpoint the epileptogenic zone, a task that is more difficult in children compared to adults for several reasons, including more frequent non-lesional epilepsy because of incomplete myelination.

When the clinical history and established testing fail to localize the source of seizure activity, the two most common methods for delineating the epileptogenic zone are stereo-electroencephalography (SEEG), a minimally invasive approach for epilepsy localization, or subdural grid electrode placement. Despite technological advances, some 30 to 40 percent of patients undergoing SEEG are unable to be seizure free following surgery. As most of the current research describing SEEG is focused on adults, there are limited studies examining the long-term outcome following SEEG and surgical intervention in children. 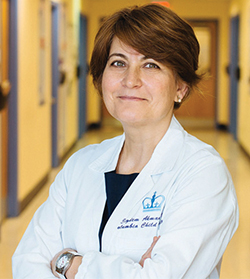 Cigdem I. Akman, MD, Chief of the Division of Child Neurology at NewYork-Presbyterian Morgan Stanley Children’s Hospital, and colleagues in neurology and neurosurgery at NewYork-Presbyterian/Columbia University Irving Medical Center, conducted a study to assess the benefit of SEEG. Their retrospective review focused on the clinical outcome and identifying factors that affect seizure freedom in children with refractory focal epilepsy who received surgical intervention following robot-assisted SEEG implantation.

The study, the first to specifically analyze the pediatric SEEG-studied group, suggests that absence of an MRI lesion negatively impacts surgical outcome.

The study, published in the November 24, 2021, issue of Epilepsy Research, included 38 patients who underwent SEEG implantation at the Pediatric Epilepsy Center at NewYork-Presbyterian Morgan Stanley Children’s Hospital between June 2014 and December 2019. Postoperative seizure outcomes were evaluated in patients with a minimum follow up of 12 months. Results included: 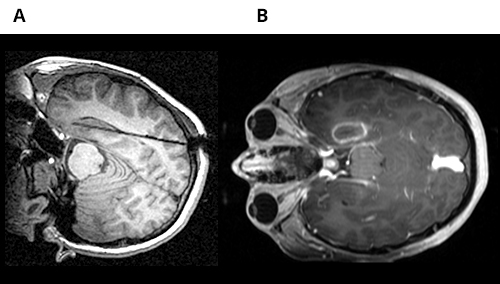 In a 14-year-old patient who underwent SEEG exploration, epileptogenic focus was identified in the left mesial temporal region. MRI-guided laser interstitial thermal therapy was used for the treatment of epileptogenic focus. A) Axial MRI view demonstrates the location where laser probe was placed B) Axial MRI view indicates the location of thermal ablation.

Columbia researchers identified 158 pediatric patients in nine studies published in the literature to include in the quantitative analysis of outcome predictions for SEEG. This research showed:

Dr. Akman and the research team concluded, “Evaluation by SEEG implantation in pediatric epilepsy is effective in localizing the epileptogenic zone with favorable outcomes.”