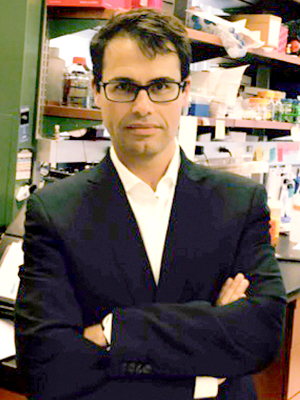 Adolfo Ferrando, MD, PhD, Professor of Pediatrics at Columbia University Vagelos College of Physicians and Surgeons, serves as Associate Director for Shared Resources at the NCI-designated Herbert Irving Comprehensive Cancer Center at NewYork-Presbyterian/Columbia University Irving Medical Center. He also oversees a 15-member lab in Columbia University’s Institute for Cancer Genetics, where he and his team seek to understand the molecular mechanisms that promote and sustain the malignant proliferation and survival of leukemic cells. Their investigations are routinely featured in journals that include Cancer Cell, Nature, Nature Genetics, Nature Medicine, and Cancer Discovery.

For nearly two decades, Dr. Ferrando has been committed to research on uncovering the role that genetics play in the pathogenesis of leukemia and identifying therapeutic targets for the design of highly effective and less toxic, molecularly tailored anti-leukemic drugs, including those for childhood acute lymphoblastic leukemia (ALL). According to the National Cancer Institute, ALL represents approximately 25 percent of cancer diagnoses among children younger than 15 years. In the United States, some 3,100 children and adolescents younger than 20 years are diagnosed with ALL each year.

“We are exploring the genomes of tumors at diagnosis and at relapse, analyzing mutation and gene expression signatures to find ways to directly target the mechanisms leading to leukemia persistence, disease progression, and resistant relapse.” — Dr. Adolfo Ferrando

Dr. Ferrando and his colleagues call on a combination of genomic and systems biology approaches and experimental therapeutics to analyze the functions of specific oncogenes and their role in the pathogenesis of childhood leukemia. In particular, their research is focused on deciphering the mechanisms that lead to chemotherapy resistance and relapse in ALL. He and his team are credited with identifying and characterizing a number of genes somatically mutated in T-cell ALL, including demonstrating that specific mutations of the gene, NT5C2, commonly found to be mutated in patients with relapsed ALL, can increase the production of a protein that enables cells to clear out chemotherapy drugs, thereby inducing resistance to chemotherapy. The Ferrando Lab went on to develop NT5C2 inhibitors and showed proof of principle that these inhibitors would curtail the emergence of cells capable of initiating leukemia relapse and chemotherapy resistance. 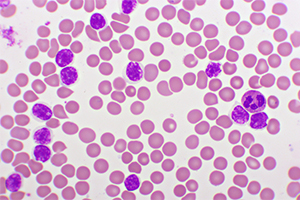 “Relapsed lymphoblastic leukemia, the fourth most common cancer in children, is very aggressive and very difficult to treat, and resistance to chemotherapy is a major challenge,” says Dr. Ferrando. “We are exploring the genomes of tumors at diagnosis and at relapse, analyzing mutation and gene expression signatures to find ways to directly target the mechanisms leading to leukemia persistence, disease progression, and resistant relapse.”

Pediatric oncologists currently treat ALL with complex multiagent chemotherapy protocols developed over the last three decades through laboratory and clinical research. As understanding of ALL has deepened, Dr. Ferrando says, “We now know that the most effective drug combinations succeed because of specific drug-gene interactions. But exposure to therapeutic agents also imposes major genetic selection bottlenecks and can propel leukemia cells down a complex evolutionary path leading to disease progression and relapse. Drugs that narrow that path work better.”

Dr. Ferrando and colleagues from the Institute for Cancer Genetics, Department of Systems Biology, and the Department of Biomedical Informatics at Columbia University recently led an international investigation into mutational and functional genetics mapping of chemotherapy resistance mechanisms in relapsed ALL. Their study, presented in the November 2020 issue of Nature Cancer, explores the mutational landscape across diagnostic and relapsed pediatric and adult ALL samples in combination with genome-wide CRISPR screen analysis of gene-drug interactions across seven ALL chemotherapy drugs. The analyses revealed diagnostic and relapse-specific mutational mechanisms as well as genetic drivers of chemoresistance.

Their data isolates common and drug-specific pathways that modulate chemotherapy response and underscores how drug combinations restrict the selection of resistance-driving genetic lesions. In addition, their study pinpoints actionable targets and novel therapeutic opportunities for reversing chemotherapy resistance in relapse and refractory disease.

As Dr. Ferrando and his colleagues continue to identify specific vulnerabilities and therapeutic targets, their extensive investigations of the machinery that drives leukemia are expected to yield important discoveries.

“The accelerated pace of discovery is transforming the therapeutic landscape of pediatric leukemias. Many of the most promising targeted drugs and immunotherapies that we use today to treat this disease were at a preconceptual stage only 10 years ago,” says Dr. Ferrando. “I expect that the next 10 years will bring paradigm changes in the therapy of most pediatric cancers, and that we will see improved outcomes and markedly reduced toxicities.”