According to the Department of Health and Human Services (HHS), about 700 women die each year as a result of a pregnancy-related complication and more than 25,000 suffer issues that could lead to short- or long-term consequences. HHS has just announced a five-year widespread initiative to reduce maternal deaths by half to a rate of 8.7 per 100,000 live births by 2025; reduce the rate of low-risk cesarean deliveries by 25 percent; and achieve blood pressure control in 80 percent of women of reproductive age with high blood pressure.

The American College of Obstetricians and Gynecologists projects that people of color will represent most of the U.S. population by 2050, and yet significant racial and ethnic disparities persist in women’s health and health care. Although socioeconomic status accounts for some of these disparities, factors at the patient, practitioner, and healthcare system levels contribute to existing and evolving disparities in women’s health outcomes. 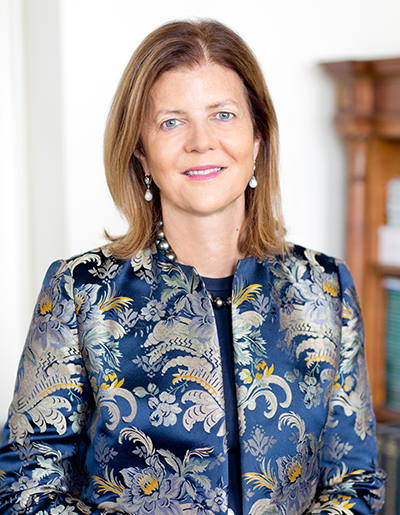 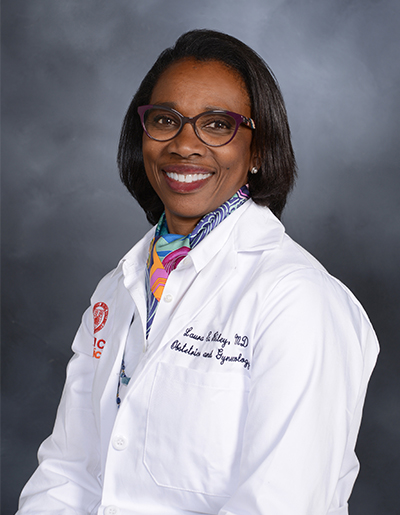 “Racial and ethnic disparities in maternal mortality in this country are startling and striking,” says Dr. Riley. “Black women are three times more likely to die in the U.S. related to pregnancy than non-Hispanic white women. It’s complicated and there are many reasons why these deaths can occur. One factor is the healthcare system and quality of labor and delivery care. There are structural factors such as poverty and racism; provider factors such as patient education; and then there are patient factors. Some patients hold certain beliefs and religious ideas that lead to distrust of our work. All of these issues make the study of racial and ethnic disparity very complex, and also mean that the solutions need to be multi-pronged.”

“I was privileged to serve on the New York State Task Force on Maternal Mortality and Disparate Racial Outcomes, which, in 2019, offered recommendations to reduce maternal deaths and improve outcomes of women and families of color in New York,” says Dr. D’Alton. “Listening sessions were held throughout the State in which mothers and families repeatedly expressed that providers did not always heed their concerns. Their stories were so impactful that Laura and I felt an urgency to train our teams in cultural competency and implicit bias. It is our goal that everyone involved in patient care will have this training.“

At NewYork-Presbyterian, Dr. D’Alton and Dr. Riley are working to standardize clinical, safety, and training practices, particularly in obstetrics emergencies; enhance cultural competency; and pilot telehealth applications to postpartum care. In addition to their advocacy efforts, Dr. D’Alton, Dr. Riley, and their teams continue to pursue research that addresses the many facets of maternal health care disparities. Following are two recent studies.

Hypertension and Risk for Stroke During Admission for Delivery

While the incidence of stroke in the United States has declined due in part to better control of cardiovascular risk factors, including hypertension, the number of pregnancy-related strokes has increased. This upward trend in maternal stroke may be attributed to factors such as advancing maternal age and more patients presenting with co-morbidities that include obesity, hypertension, and diabetes.

Maternal stroke constitutes a public health concern affecting an estimated 30 in 100,000 pregnancies, with approximately one-third of strokes occurring during delivery hospitalizations, according to researchers at Columbia University. Studies have shown clear racial disparities in maternal morbidity and mortality associated with preeclampsia and other hypertensive disorders of pregnancy, with black and Hispanic mothers having substantially higher risk compared with their white counterparts.

Detailed case reviews highlighted that 30 to 60 percent of preeclampsia-related deaths, with the majority attributed to intracerebral hemorrhage, are preventable. The decreased risk for both fatal and nonfatal strokes is associated with timely administration of antihypertensive medications and that identifying racial disparities in maternal care, and particularly in the management of hypertension, may help prevent a large proportion of maternal strokes.

In their study, the Columbia researchers hypothesized that women from minority groups would have higher risk of stroke during delivery hospitalizations and further that the effect of race and ethnicity on stroke risk would be different in women with hypertensive disorders compared with women with normal blood pressure.

This study by Columbia researchers drew on administrative data from the National Inpatient Sample and is the first to show that among U.S. pregnant women with chronic or pregnancy-induced hypertension that women in minority groups have up to twice the risk of stroke during delivery admissions compared with white women. The results of the study, which were published in the Journal of the American Heart Association in February 2020, also showed that among normotensive women, black women remained at 17 percent higher risk of stroke during delivery admission. Other minority groups did not have increased risk. The authors concluded that these results confirm that there are significant disparities in maternal stroke in the United States and suggest that targeted management of blood pressure in pregnancy may help to reduce these disparities, improving maternal outcomes in these high-risk populations.

Communicating the Risks for Preterm Birth Among African-American Women

To obtain this information, researchers held a series of focus groups in three cities in the United States with African-American women who had experienced at least one PTB in the last five years. They identified a lack of awareness about PTB due to a number of factors, which include the belief by some of the women that their previous PTB was not abnormal and because they were told very little about their risk for a future PTB. In addition, the participants frequently misunderstood the meaning of preterm birth, incorrectly linking it to the baby being born underweight. If the baby was born at a normal weight and size, the women voiced less concern.

The results of the study, which were published in the August 2020 issue of Journal of Racial and Ethnic Health Disparities, suggest that communications about preterm birthshouldlink gestational age of less than 37 weeks tothe terms: preterm, premature, and preemie. The authors emphasize that it should be clearly explained that a full-term pregnancy has significant benefits for the baby that go beyond size or weight and that when a baby is born preterm complications can arise such as difficulties with feeding or respiratory challenges. They recommend that obstetricians should provide information about PTB beginning in the second trimester. Their communications should include descriptions of preterm contractions and PTB; how to differentiate cramping from contractions; and what they should do when they recognize they are having preterm contractions.